We left the Oregon coast and headed back east to explore the Columbia Gorge.  Quick stop in Portland to exchange a defective camp pad at REI and to pick up VooDoo Donuts.  My understanding is VooDoo started the whole cereal-topped and weird topping donut craze so it was a touristy must-do.  VooDoo is not far from a mission and we were met by a panhandler standing square in the door as we exited.  Savvy guy – good way to guilt-trip someone who’s just purchased designer donuts.  Despite the hype, I think our hometown Hurts Donuts are better. 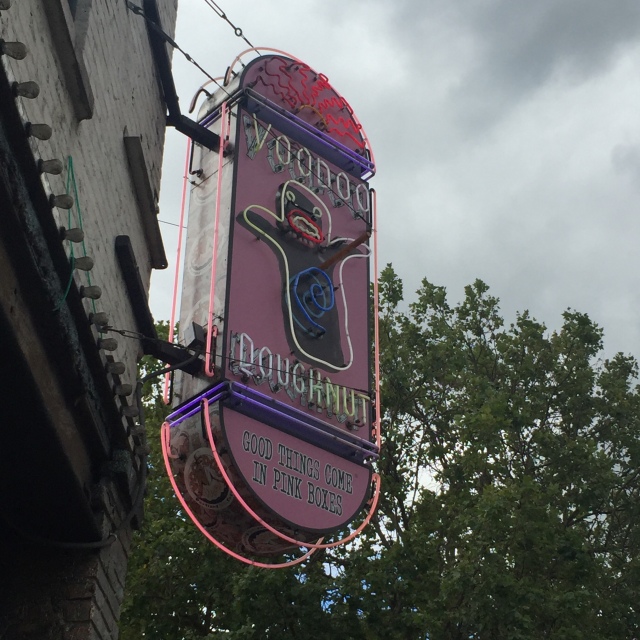 We had a lot on our plate so we didn’t linger in Portland.  Some other trip.  We headed out to the Columbia Gorge.  It’s a beautiful drive with several waterfalls virtually next to the road.  We hiked up past the bridge at Multnomah Falls.   The drive through the Gorge is a testament to a sensitive engineer who made sure the natural attractions were easily accessible but didn’t destroy the surroundings in the process. 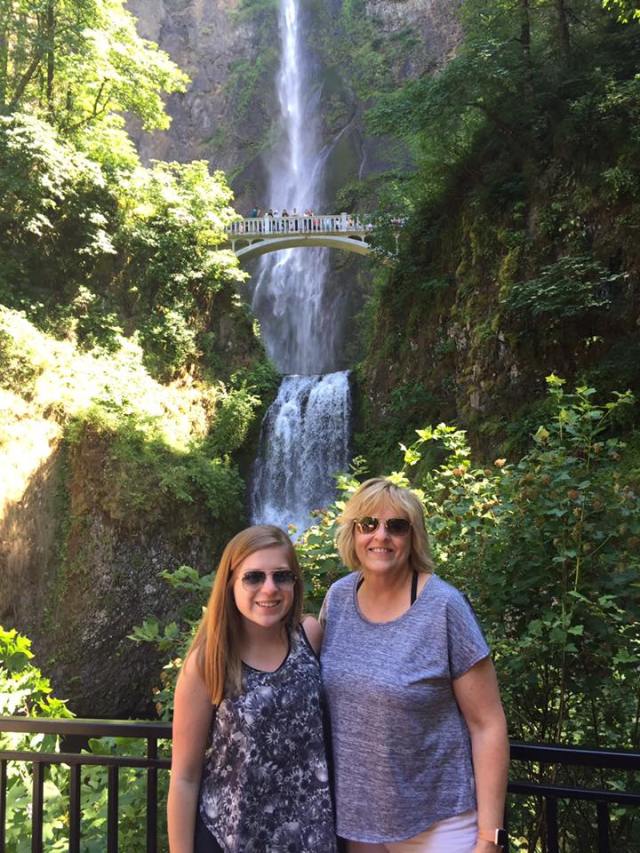 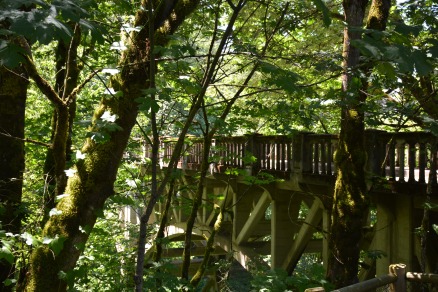 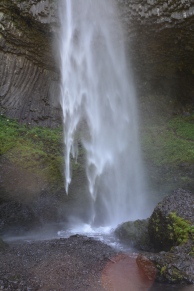 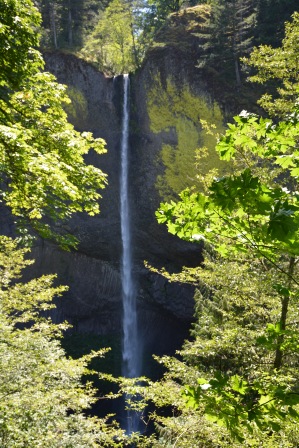 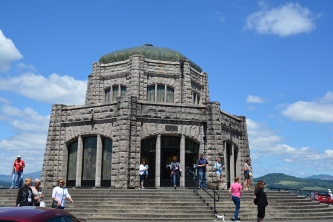 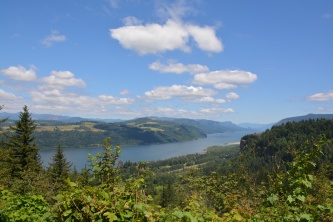 We had dinner and spent some down time in Hood River.  This has been my favorite city/town so far.  Beautiful setting on the Columbia River, nicely renovated downtown with boutique shops and good restaurants.  We had one of our best meals of the trip at Full Sail Brew Pub.  The highlight, though, was watching the kite boarders and wind surfers on the river.  This area is supposed to be one of the best places in the nation for these activities and it was amazing to watch them. 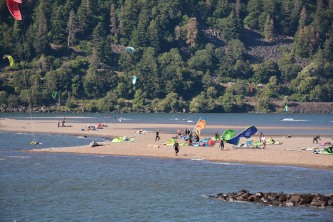 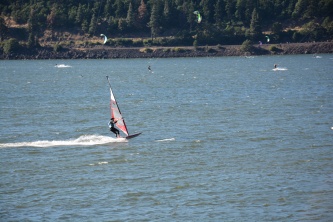 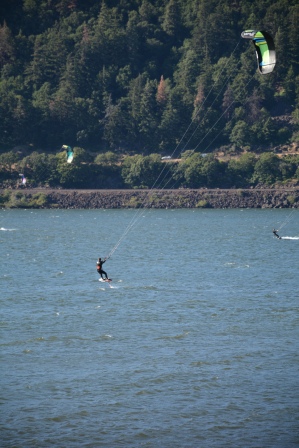 We ended the drive by stopping at Timberline Lodge at Mount Hood.  This is where the exterior scenes for The Shining were filmed.  I always thought that was in Colorado but I was wrong.  Believe it or not, at least one of the ski lifts was still taking skiers and snowboarders up the mountain to ski and board!  I believe this may have been one of the days Springfield got close to 100 degrees!

A couple of random things about Oregon:

No sales tax.  At all.  Guess their property taxes are high?

They pump your gas.  After I tried to do it myself, I was told it’s the law and “it was probably to create more jobs”.  But all they do is pump – you still have to clean your own windshield.