I mentioned in an earlier post that we were probably not doing the Utah parks justice since we were limited on time.  We visited Canyonlands on the same day as Arches so we weren’t able to spend a lot of time here.  Canyonlands has three distinct districts – Island in the Sky, The Needles and a four-wheel only remote area known as The Maze.  We entered from the north so spent our time in the Island in the Sky area.  We drove the scenic drive and did a quick hike to Mesa Arch which was really picturesque, however, there were a lot of people there so we weren’t able to get a good picture of the entire arch without someone else’s family in the picture. 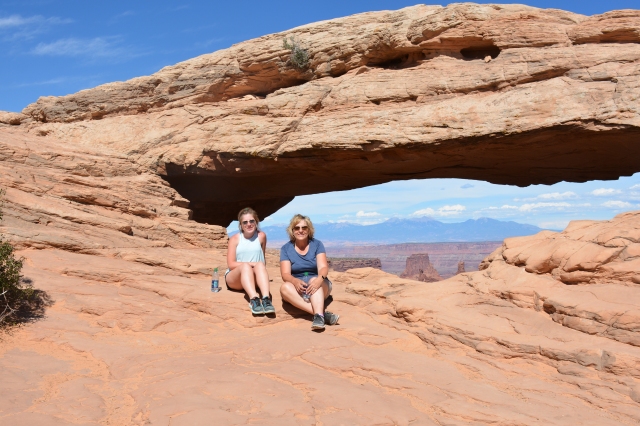 A good part of the credit for establishing Canyonlands National Park is due to Stewart Udall’s leadership as the Secretary of the Interior in the 1960’s.  Interpretive signs at the park indicate that Udall was flying over the area with the chief of the Bureau of Land Reclamation when the chief said he wanted to build the “next big dam” near the confluence of the Colorado and Green Rivers.  Udall thought the area was better suited for a national park.